The Ruddy Duck is an exotic species from the Americas that has “escaped” from private collections into Europe and has interbred with some rare species of duck and is now more often seen through the cross-hairs of a rifle sight rather than a camera lens.

In the UK this duck was the subject of an extensive cull in the nineties and unfortunately it is also allowed to shoot this very cute duck here in Friesland. This particular duck was seen on a nature reserve somewhere in Friesland 😉 where I’d like to believe that it is safe…at least for now…

It always seems to me that nature has to pay for mankinds’ pathetic mistakes…Grey Squirrels, Signal Crayfish and Rose-Ringed Parakeets are somehow allowed to live at the expense of indigenous species while ruddy ducks have to be exterminated…not to mention that ridiculous badger cull in the UK…

Seriously, these people act like they are God but when it all goes wrong their only way to accept responsibility for their actions is to cull the entire species… 😦 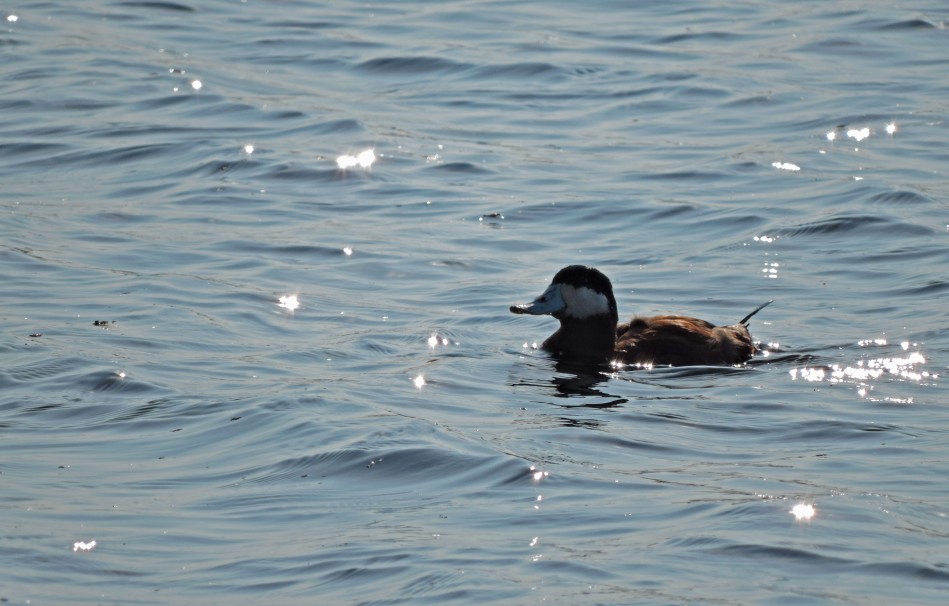 This entry was posted on September 30, 2014 by heartical. It was filed under Into the Wild... and was tagged with animals, art, birds, ducks, exotic species, Friesland, landscapes, marsh, nature, outdoors, Oxyura jamaicensis, photography, Ruddy Duck, sunset, water.